In 1177 Henry II gave a licence for Jewish communitites to have a burial ground in any city in Great Britain.

The Jewbury cemetery is about an acre in size and is now beneath a car park. The site was excavated in 1982 and said to contain around 1000 burials. The remains of 500 individuals were re-interred and a plaque placed in their memory, the other burials were left undisturbed. 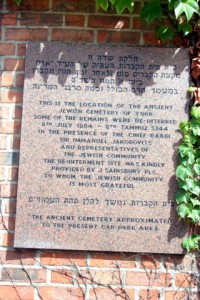 The location of the ancient Jewish Cemetery of York 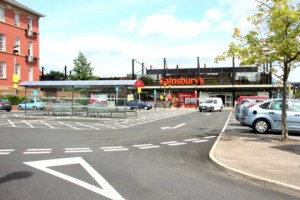 ← Cardiff, Jewish Cemeteries
Is this the smallest Jewish place of burial in the UK? →