The ground in Talbot Square, Norwich which is also called Glidencroft,  was acquired in 1813 by 4 members of the Jewish community,  Barnett Crawcour (Dentist), Henry Carr (Merchant), Israel Jacobs (Optician) and Colman Michael (Merchant) of Wymondham. It closed 41 years later in 1854 as a result of the Burial Act. 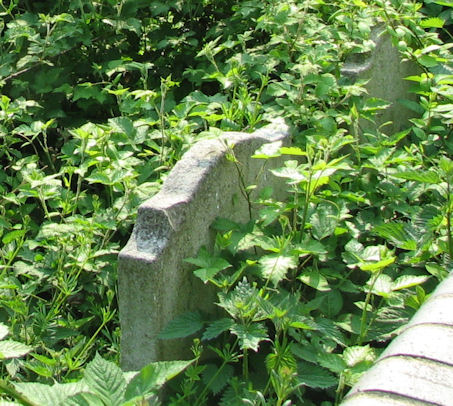 Reports of 1872  advise that the burial ground is becoming neglected, and much later ones suggest that there are only 12 headstones remaining.

Photos taken by Evelyn Simak in Apr 2011 show that these headstones are now buried under enormous weeds and brambles, to the extent that only the tops of a few headstones can be seen.

Hopefully when time and funds allow this historic cemetery will be restored.

An additional curiosity is the plaque at the entrance, ‘Cemetery 5640 (1880) The property of the Hebrew Congregation 1840.’ Neither year corresponds with the year the cemetery was acquired, although the first burial is said to be that of Bernard Crawcour a dentist whose gravestone bears the date 25 September 5595, which is a lot closer to the year of 1840. 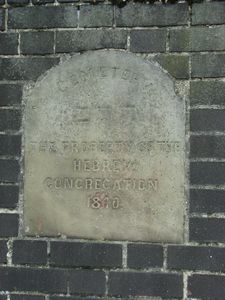 ← London to Sydney, Australian burials solve a puzzle!
Confusion in the stars! →