When we photographed the area allocated at West Ham Jewish Cemetery (see here and here ) for those moved from their original burial place, we wondered whether there were any photos of the original burial ground, something that showed what the cemetery had looked like; something that showed a rather more dignified scene than West Ham’s re-worked paths.  Had photos been taken before its destruction? Had any of the visitors to our site been to the cemetery? Did they remember what it looked like?

The cemetery was described as:  a peaceful place where birch and fig trees grow amid 500 graves. A pathway around the gravestones which were weathered and mostly illegible and footstones appearing amongst the flower beds, but of course photos would complete the picture!

David Jacobs responded to our appeal and has kindly provided photos from his collection and, with his permission, we are delighted to be able to publish them here. The photos depict a tranquil scene much as provided by the description above. Many standing stones and an area to the right with what appear to have been intentionally flat stones. Rougly 11 rows counting from Left to right. One photos shows at least 2 tombstones, both upright and with what look to be clear inscriptions, sadly there is insufficient detail in these old photos to be able to read the inscription. 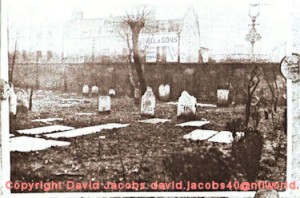 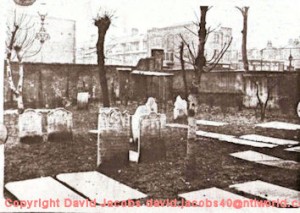 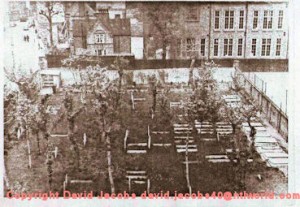 CemeteryScribes.com lists all those recorded along with min-family trees, where it has been possible to trace the genealogies. 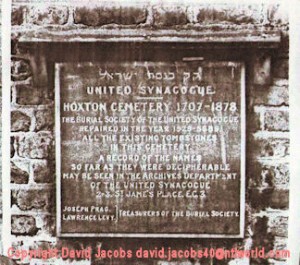