The Jews of Exeter by Helen Fry

In 2013 Exeter Synagogue reaches an historic landmark with the celebration of its 250th anniversary. As the second oldest extant synagogue outside London it has a rich history that stretches back to the early 18th century and evidence exists too for a much older Medieval worshipping Jewish community in Exeter before their expulsion from England in 1290.

The Jews of Exeter is the first fully illustrated history of the subject. It offers a window into the different centuries of Exeter’s Jewish history, focusing on the personalities and figures who shaped the community and maintained the gem of a purpose built synagogue which dates to 1763.

The book also includes the old Jewish burial ground in Magdalen Street, and lists for the first time the names of those buried in both Exeter Jewish cemeteries, thus providing important information genealogists and family historians. 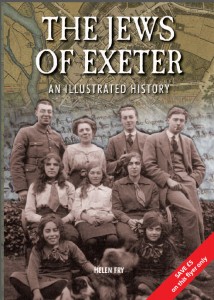 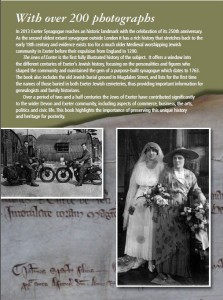 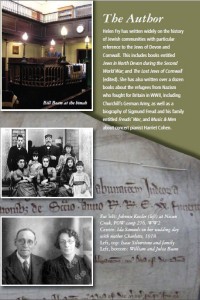 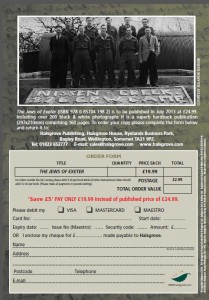