This is the first of a series of blogs we want to run on the various tombstone symbols we have seen so far.

Here are some examples of ‘Cohen Hands’ the priestly blessing. 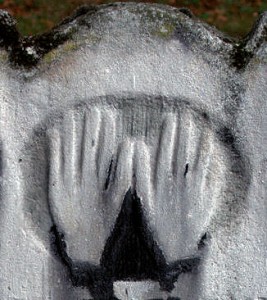 This symbol indicates that the person buried is a Cohen; that is, a descendent of Aaron, the brother of Moses. The positioning of the hands or ‘Cohen hands’ is used when the Kohanim bless the congregation in synagogue. This symbol may only be used for a deceased male Cohen.

Not everyone with the family name of Cohen, or its variants, is Kohanim and ‘Cohen Hands’ would not figure on their stones. Equally, not everyone with ‘Cohen hands’ on their tombstone has the family name Cohen or Kohen. There are alternative spellings; for example Cahn, Cohn, Katz, etc. And there are those who, when late 18th\early 19th Century European Laws nece

The symbols themselves seem to have changed a little over the years.
The first is from a tombstone at Alderney Road Jewish Cemetery, showing both hands are upright with the thumbs touching and very little gap or ‘V’-shape between the fingers.

The next two are slightly later, from Brady Street Jewish Cemetery, again with upright hands and thumbs touching but a more distinctive gap between the fingers. 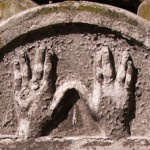 The following examples are all taken from English stones and it may be that other variations exist in other countries. 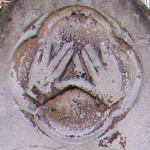 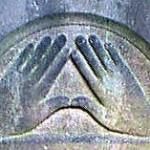